Skip to content
Recent Posts
Categories
It seems that in the past, the real estate market in Vietnam has not been attracted by many Japanese investors, but now the opposite. Over the past few years, the market has witnessed strong capital inflows into real estate in Vietnam through many large projects. 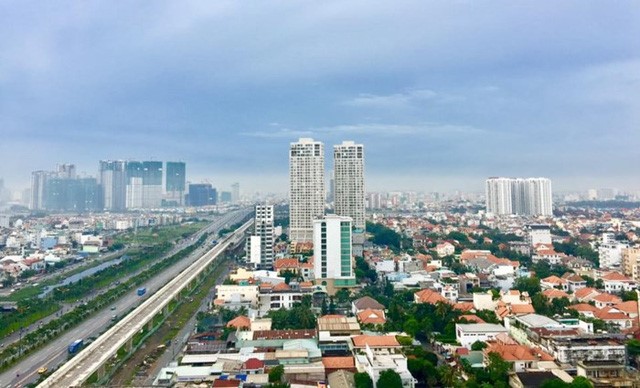 The market witnessed strong capital inflows into Vietnam’s real estate market through large projects.
Japanese capital poured capital into real estate in Vietnam
According to statistics from the Foreign Investment Department, in the first 6 months of 2018, foreign direct investment (FDI) in the real estate sector reached US $ 5.54 billion, accounting for 27.3% of the total investment capital. sign. With this amount of capital, real estate is the second largest source of foreign capital, only after each processing industry.
On the investment side, Japan ranks first among countries and territories with investment projects in Vietnam with a total investment of 6.47 billion USD, of which real estate in Vietnam is a piece of cake favorite Japanese investors.
It seems that the real estate market in Vietnam is not interested in many Japanese investors, but now the opposite. Over the past few years, the market has witnessed strong capital inflows into real estate in Vietnam through many large projects.
Recently, the smart city project in Hai Boi and Vinh Ngoc Communes, Dong Anh District, Hanoi, with a total investment capital of US $ 4,138 billion invested by Japanese enterprises has been granted investment certificate. According to the Foreign Investment Department, this is the largest foreign direct investment project in the first half of 2018.
Expected “super” project will be started in September this year. The project is divided into 5 phases, in which Sumitomo and its Vietnamese partner, BRG Group, are implementing the first phase of building the “core” part of the project on an area of ​​about 271 hectares.
Another notable deal has been the fact that Nomura Real Estate (Japan) has announced the purchase of a 24% stake in Sun Wah Tower in the heart of District 1, Ho Chi Minh City.
Nomura Real Estate Asia did not disclose the transaction value but said it was the acquisition of the first office building in the Asia-Pacific region. Sun Wah Tower is built on the land of the center of District 1, located on the Nguyen Hue pedestrian street, surrounded by quite complete infrastructure and modern facilities.
In addition to acquiring office buildings in District 1, Nomura Real Estate Asia also said that it is working with Phu My Hung Corporation to develop the Midtown luxury complex in the near future.
Previously, from 2014 to now, Japanese investors have joined hands with many real estate in the country to develop more modern residential projects such as Nam Long, An Gia, Tien Phat, Hoa Binh, Phuc Khang, BRG … Not stop there, Japanese investors are spending more investment capital to develop hotel and resort projects in Da Nang and Phu Quoc.
Earlier this year, Mikazuki Corporation (Japan) announced plans to invest more than $ 100 million in a tourism project in Da Nang. This is considered the largest FDI investment in real estate in Da Nang tourism in 2017.
In late June, the Hinokiya Group of Japan signed a contract with a local investor to implement a real estate project with a Japanese-style Japanese-style home. Launched in 2019. Prior to that, a series of other real estate projects were signed with Japanese companies in the field of real estate.
Why Vietnamese real estate attracts Japanese “giants”?
A study by real estate consultancy JLL Vietnam said that starting from 2014-2016, the tendency of foreign investors to observe and pay attention to real estate projects in the Vietnamese market South and the flow of investment capital is very much, most prominent are still investors from Asia such as Japan, Korea, Singapore.
Representatives of a Japanese business, said real estate market, infrastructure of Vietnam in general and Ho Chi Minh City in particular are attractive to Japanese businesses. Statistics show that the investment capital of Japan in Vietnam recently increased strongly, surpassing other countries to become the largest investor “poured” money into Vietnam.
According to local experts, big cities such as Hanoi or Ho Chi Minh City have a large population size and economic scale. With steady economic growth leading to the expansion of the middle class and spurring demand for infrastructure development, including new urban transport systems, these markets are expected to continue. Increasing demand for housing and other real estate.
At a recent promotion, the Japanese government is currently supporting the real estate business, said Shinichi Sakaki, deputy head of the city’s Department of Land, Transport and Tourism. capital to promote investment abroad. In addition, Japan has extensive experience in the development of large-scale satellite towns, and is seeking to “export” that technology abroad.
In addition to the forms of purchase of shares, capital contributions or loans for project development, Japanese enterprises also participate in the real estate market in Vietnam by transferring land valuation technology, speeding up urbanization. and the financial industry.
According to the Nikkei newspaper, real estate prices in Vietnam are tending to follow the urbanization process in cities, but land prices set by the government do not reflect real market prices, This leads to the lack of a standard measure of land use in business across the country.
Therefore, the Government of Japan will assist Vietnam in valuing real estate. Nikkei said the purpose of the Japanese Ministry of Land is to create more opportunities for Japanese companies. This initiative is expected to benefit many businesses, including real estate developers, construction companies, system developers and financial institutions that provide challenge.
Nguyen Khanh