Skip to content
Recent Posts
Categories
Contrary to the change of the south, the northwestern area of ​​Ho Chi Minh City has not exploited yet, not to bring into play the potential and advantages. Redirecting, concentrating investment to “wake up” this urban area is the way the city is headed.
Need traffic leverage
According to the planning approved by Ho Chi Minh City, the northwestern urban area is located in Cu Chi and Hoc Mon districts, with an area of ​​over 9,000 ha. This will be a center of commerce, health, fitness, sports … city level, with 11 functional areas such as public center, commercial, service, medical, industrial, warehouse The importance and scale are so, many urban construction projects (KDT) are also licensed. However, after that, due to difficulties, investors have to narrow the project, even investors have to return the project, which after 10 years of planning, urban areas have not yet formed. According to economic experts, the area has not developed due to lack of transportation connected to the center. At present, this road is almost a national highway 22. For many years, this route has fallen into overload, frequent traffic jam at the gateway node. Another reason for the lack of proper development of the north-western part of the city is due to the fact that many years ago, Ho Chi Minh City concentrated on developing the south and east of the city. Meanwhile, the North West is only a secondary development, although there are many potential and advantages in terms of population and terrain. 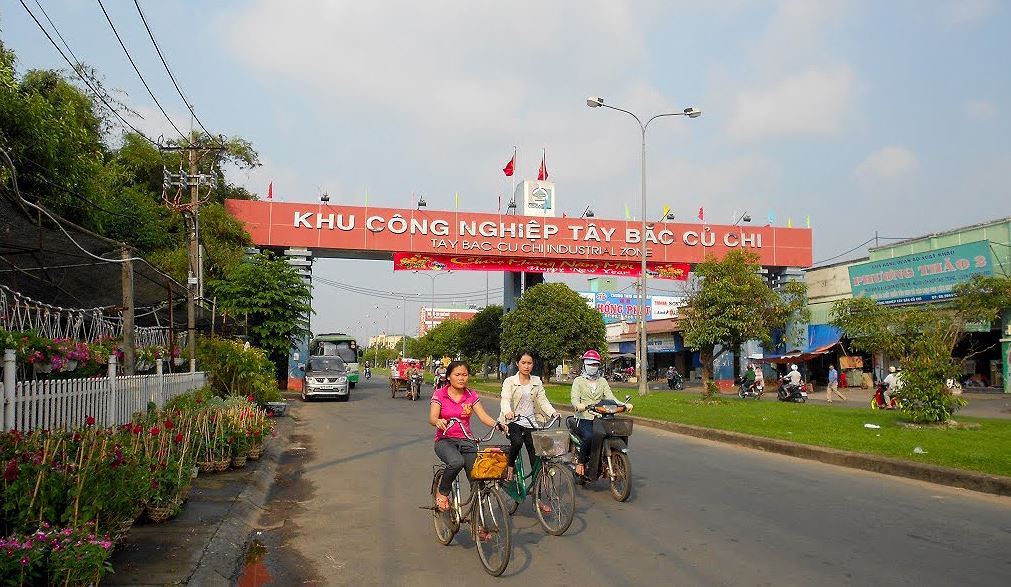 According to Deputy Director of Transport Department of Ho Chi Minh City, Nguyen Van Tam, transportation infrastructure as a “magic wand” to develop the northwest. In order to develop the economy in this area, there is no other way to invest in construction of traffic works. Over the past time, the city has invested in many centripetal projects such as Highway 22, Phan Van Hon Street, Provincial Road 9, Provincial Road 15 … One of the key projects to remove the knot for the north gate is being The construction of An Suong intersection (District 12). This project will create ventilation for the arterial road from Ho Chi Minh City to the eastern and western provinces and vice versa; as well as from the city center to Cu Chi district, Tay Ninh province …
Redirect development
Talking with us, Director of Planning and Architecture of Ho Chi Minh City Nguyen Thanh Nha said that according to the project to adjust the master plan for construction of Ho Chi Minh City approved by the Prime Minister in 2010, Development orientation with two main directions is east and south to the sea and two directions are north west and south west direction. However, in the context of climate change, sea level rise, it is necessary to review the development direction of the city; In particular, to promote development in the east – areas with favorable geological and hydrological conditions and land funds for synchronous and complete urban development; connecting with Long Thanh airport and many dynamic areas of the region such as Bien Hoa, Nhon Trach, etc. Focusing on Northeastern science and technology, with nucleus of high technology, university villages, The city is also considering potential development priorities in the north west because the region has many urban development land, cheap land prices; In addition, the city will promote the development of Hiep Phuoc port as planned, soon to form the IZ – logistics port combined with complete urban area in the south. The city will also complement the function of marine ecotourism in the Can Gio stratigraphy, taking into account the extent and form of urban development for this sensitive ecosystem in the context of climate change.
Le Hoang Chau, Chairman of the Ho Chi Minh City Real Estate Association, said: “The development of the north-west direction is necessary to address the climate change. globally, in the near future, where the city is one of the worst affected, in terms of most of the city’s low lying areas. Specifically, Ho Chi Minh City has low altitude, only 0.5m (Nha Be, Can Gio) to about 32 m (Long Binh hill, District 9). The lowlands of the city in the south – southwest – southeast of the districts of Nha Be, Binh Chanh, 7, 8, 2, part of District 9 and Can Gio. Meanwhile, the uplands are in the north – northeast – northwest of the districts of Cu Chi, Hoc Mon, District 12, Go Vap. The terrain of the city is gradually decreasing from north-northwest to south-southeast-southwest. The semi-diurnal tide system of Sai Gon river adds to the difficulty of drainage. Under the scenario, if sea level rise only 0.5 m, Ho Chi Minh City will be flooded many areas.
In order for the city to develop sustainably, the city needs to build roads linking the arteries, of which the boulevard along the Saigon river from Ben Suc district, Cu Chi district through Hoc Mon district, districts 12, Go Vap , Binh Thanh District is asking investors permission to build a project needed to revive a land is “sleeping”. When the boulevard along the Saigon River is put into planning and has a roadmap for implementation, appropriate implementation, it will increase the parallel road with National Highway 22 (Trans-Asia) connecting the provincial road 8 and the horizontal line It will contribute to socio-economic development in the northwest of the city, spreading to Thuan An, Ben Cat, Binh Duong; Duc Hoa district, Long An province and Trang Bang district, Tay Ninh province.
By: Vu Nguyen / People